Anybody that’s applied for a mortgage in America during the last 5 years knows how difficult the process has become.  Mortgage lenders have tightened loan requirements to the point that even people with good income and credit can’t get a loan. It hasn’t happened overnight, but there are signs that the tight lending guidelines put in place after the subprime crisis are starting to loosen. 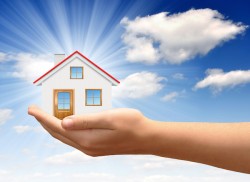 The Federal Housing Finance Agency (FHFA), along with Fannie Mae and Freddie Mac announced this week that a deal was reached to loosen up tight lending standards and make home loans easier to get, especially for applicants with less than perfect qualifications or little money for a down payment.

Lower Down Payment Requirements for Applicants

As part of the this deal, the minimum down payment for conventional mortgages that qualify to be sold to Fannie and Freddie will return to only 3 percent from the 5 percent minimum required currently.  This makes conventional loans a better low-down payment option than higher cost FHA loans for many applicants.

Only a few specifics have been released so far, but the new 3% down payment is said to apply to certain creditworthy borrowers and take compensating factors into account.  Some housing analysts are speculating new conventional loan requirements could target first-time home buyers as well. 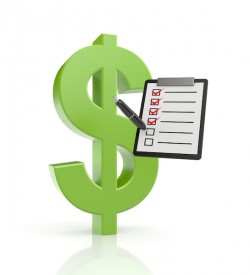 Another apparent objective of this deal is to make lenders feel more comfortable offering mortgages to people with imperfect qualifications. This is important because banks have become paranoid about getting penalized for loans that default, as they should be. Lenders have been held responsible to “buy back” these bad loans even though the rules have been murky.

Adding to the distrust, the three largest U.S. banks have been penalized over 36 Billion dollars during the last three years for bad loans. Faced with ambiguous rules and regulatory penalties on a massive scale, lenders were left no choice but to “clam up”.

This deal helps to clarify rules for when a lender must repurchase a bad (defaulted) loan from Fannie Mae. Notable updates include:

Lenders will also be provided a specific list of “Life-Of-Loan Exclusions”, that are intended to encourage trust in the process and alleviate fear of unforeseen repercussions.  The new list of factors that will trigger a buyback include the following:

This clarity is a step in the right direction towards bridging the gulf of distrust between banks, borrowers and regulators. Credit is the driver of the American capitalist economy. Vilifying or punishing the banks that provide Americans’ credit ultimately harms the people who need it the most. Homebuyers and homeowners are clearly suffering under tight mortgage regulations and a less hostile lending climate (smartly done) should be a welcome change for everyone.