Is Subprime Making a Comeback?

Since the housing crisis of 2008, the phrase “subprime loan” has become the moral equivalent of a four-letter word, an indication of all that goes wrong when risky, irresponsible home loans for bad credit become commonplace. Many loan applicants may not be familiar the monumental effects the housing crisis has had on the U.S. economy. That becomes very real, however, when they hit the snag of being rejected for a home loan even though they have good jobs and enough money for a down payment.

Lending standards have gotten so tight since the crises that former Federal Reserve Chairman Ben Bernanke recently concluded that the pendulum has swung too far in the other direction and too many creditworthy applicants are prevented from buying homes, which is slowing housing and the economic recovery in the U.S.. Other prominent housing industry professionals also call for looser standards for mortgage programs to allow lower-income and bad credit buyers qualify for a mortgage. 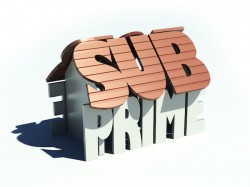 Welcome to the new, revamped world of “bad credit loans”. Occasionally you hear comparisons to ancient subprime programs that helped create and collapse the housing bubble, but don’t buy into it.  Today’s loan rules are a far cry from risky lending practices of the past because of layer upon layer of new redundant rules in place to protect borrower, banks, housing and the economy.

Before buying into the idea that subprime is back, you should examine the colossal amount of new morgage rules created in the last 6 years. Here’s a few important areas where they have tightened:

Before the housing crisis, almost anyone could get a mortgage, regardless of their credit score, even as low as 500.  After the crash in 2008, credit tightened severely as lenders raised the minimum score up to 620.  Several years later, it was raised again to 640, where it has remained for the last several years. 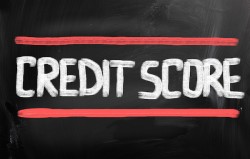 It took almost six years after the crisis for lenders start to loosen up on credit scores again.  Does that represent a return to high-risk, potentially irresponsible lending practices? That depends on who you ask. Lenders would argue that the new standards are sound, insisting that a loan based on a 600 score isn’t irresponsible given the provisions attached to the loan and the array of documentation required. They maintain that it was the lack of underwriting that caused the prior issues, along with the bundling of subprimes and subsequent sales in which they were given a AAA rating.

Even with today’s bad credit loans, there’s a tradeoff involved that’s probably familiar to anyone with prior subprime experience. Those seeking a more flexible mortgage will still pay a higher rate than a borrower with perfect credit.  That’s the cost the lender requires to justify the risk.

One of the most sweeping mortgage reforms in history took place in early 2014 as part of the Dodd-Frank Wall Street Reform and Consumer Protection Act. In this major overhaul, new Qualified Mortgage (QM) and Ability-to-Repay (ATR) rules were created that require lenders to tighten income restrictions, increase scrutinization of supporting documentation, and limit the types of mortgage fees and points that can be charged to the consumer. 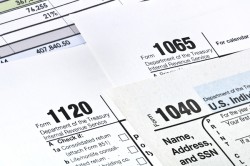 It may sounds crazy now, but many pre-crisis loan applicants weren’t required to provide lenders supporting documentation to be approved.  Widespread availability of “Stated” loans, “NINA” (No Income No Asset) programs, and “No Doc” (No Documentation) mortgages meant that borrowers didn’t have to prove much of anything at all, and the fraud was widespread.

In contrast, present day mortgage programs are known as “Full Doc” (or Full Documentation), which means everything on the borrowers loan application requires supporting documentation that will be verified, including income, assets, employment history, credit history and anything else thats deemed relevant by the lender.  Some underwriters have even turned to social media to look deeper in to a borrowers background.  Be prepared to be scrutinized if you want to borrow money for a home.

Another contributing factor to the housing bubble was a lack of universal rules and ethics for the way appraisers determined property values.

The Home Value Code of Conduct (HVCC) attempted to change that in 2009 by banning all communication between lenders and appraisers. Lenders were also forbidden from ordering the appraisals, which caused the unintended result of home values often being determined by appraisers that were completely unfamiliar with an area.  While HVCC may have increased appraisal integrity by eliminating lender influence, it ended up having a very negative effect on housing prices.

Thankfully, more thoughtful measures have since been adopted, though the appraisal process remains heavily regulated. 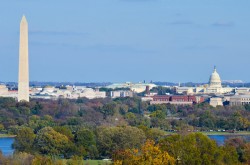 Even before 2008, there was an extensive regulatory agency structure in place tasked with lending oversight.  Pre-crisis agencies included the Federal Reserve Board, the Department of Housing and Urban Development (HUD), the Federal Deposit Insurance Corporation (FDIC), the Securities Exchange Commission (SEC), the Office of the Comptroller of Currency (OCC), the Department of Veterans Affairs (VA), the United States Department of Agriculture (USDA), and the Federal Housing Administration (FHA), to name a few.

Today’s all those agencies still regulate lending, plus the Federal Housing Finance Agency (FHFA) and the Consumer Financial Protection Bureau (CFPB).  New rules and regulations have been enacted on a regular basis since the crisis.

Overall, the increased interest in bad credit home loans is strong trend that will continue, despite any similarities to previous subprime programs. But no one wants to see a repeat of 2008, and regulation and common sense will presumably prevail when it comes to making sure appropriate underwriting practices are followed in the future.