Further improving on previous gains, the Thompson Reuters/ University of Michigan Consumer Sentiment Index ends the month at 84.6, up from 82.5 last month.  Current levels mean that consumer confidence is closing out September at it’s highest level in over a year.

These higher figures reflect greater confidence in the U.S. economy and growing personal incomes.  Usually, a higher sentiment index projects an increase in consumer spending over the next year.  This can be good on various levels for the housing industry. 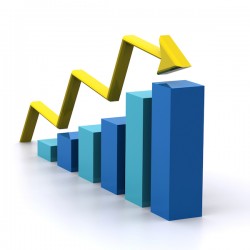 Housing as a whole benefits from increased confidence because a large percentage of Americans have an unfavorable view of housing as an investment right now. As confidence increases, so do views on housing and the willingness of Americans to take on additional investments. An increase in consumer confidence is also a welcome trend for mortgage lenders, which are currently their lowest application levels in almost 15 years.

The news isn’t all good though.  A higher consumer index is usually a precursor to a rise in mortgage rates, which is very likely in today’s climate. The Federal Reserve has been all too eager to end it’s ongoing Quantitive Easing (QE) program, including it’s purchase of mortgage-backed securities (MBS).  The Fed MBS buying program has artificially held down U.S. mortgage rates to record levels over the last several years. 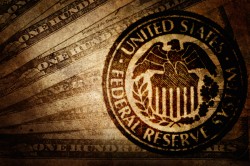 A higher level of economic confidence gives the Fed some of the leeway it desparately needs to “taper” down it’s MBS buying levels, which will undoubtedly cause mortgage rates to jump. In reality, rates are just returning to the natural levels they would be if no manipulation took place. That doesn’t mean there wont be economic “withdrawls” taking place as support is removed.

Increased home prices are also a secondary effect of increased consumer confidence.  These increases can be good or bad, depending on the balance of supply and demand.  As of this month, home prices have increased 7.4% YOY, which is very positive.  Current increases are projected to slow in coming months, however.