Created by Congress, the Federal Reserve System is a central banking system of the United States and was established to provide a safer and more stable monetary and financial system. 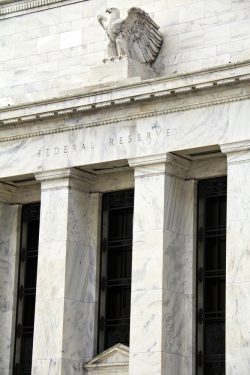 In the early 1900’s, financial panic’s were common occurrences. American’s had a growing distrust toward the financial community in general.   The Federal Reserve System was an outcome of the Panic of 1907.

The Bank Panic of 1907 began with the Knickerbocker Trust Co, a bank chartered by a friend and classmate of JP Morgan. Knickerbocker attempted to drive up the cost of copper by cornering the market. The attempt failed because millions of dollars in copper was dumped into the market to prevent a hostile takeover of an unrelated organization.

Fear spread and depositors began demanding their funds which caused a run on banks throughout the country.  JP Morgan immediately convened a meeting of the leading financiers at his mansion on 34th Street to organize rescues and to prop up many major institutions.

Morgan was able to shore up the banking system by pledging his own money and encouraged other New York Bankers to do the same. The bankers raised between $23 – $25 million which allowed the New York Stock Exchange to continue operation. The rumor was rampant that the bankers had orchestrated most of the panic themselves in order to make speculative profits, but it was never proven.

The Panic of 1907 led to the passage of the Aldrich-Vreeland Act establishing the National Monetary Commission which put into place a national bank currency based on the fluctuations of the value of the U.S. Treasury bonds.

Later, in 1910, a secret ten day meeting was organized by Nelson Aldrich and hosted by JP Morgan. The meeting was attended by JP Morgan, Paul Warburg, Nelson Rockefeller, Baron Rothschild, and Aldrich. This meeting laid the ground work to establish a central banking system. From this meeting the Aldrich Bill was drafted.

Over the following years, there was great opposition to the Aldrich Bill and the creation of a central banking system. Eventually the Owen-Glass Bill came to life, which was very similar to the bill crafted by Aldrich and company. Aldrich pushed it through Congress. In 1913, Woodrow Wilson signed the Federal Reserve Act. 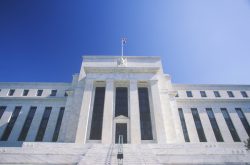 The public was told the Federal Reserve System was an economic stabilizer and inflation and economic crisis were a thing of the past. Now the bankers had a more streamlined machine for economic manipulation.

The duties of the Federal Reserve today are to conduct the nation’s monetary policy, supervise and regulate banking institutions, maintain the stability of the financial system and provide financial services to depository institutions, the U.S. government, and foreign official institutions.

The Federal Reserve Act is possibly the most influential law concerning the U.S. financial system, the U.S. housing market, and the global economy as a whole.