What Every Home Buyer Needs to Know About Flood Insurance

For most Americans, a home is one of their most prized possessions. It’s a symbol of hard work, determination and success. Incidentally, it also the most expensive thing many Americans will ever, own.  So what happens if one day your home is damaged or completely destroyed as the result of flooding? If you have flood insurance on your home, you should be protected. Let’s look at why everyone needs flood insurance, how to attain flood insurance, and how a recently passed federal law could impact your flood insurance rates.

Do I Need Flood Insurance? 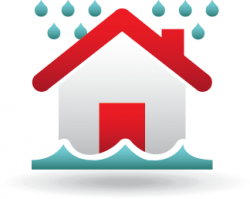 First and foremost, it is important to know that under federal law, your mortgage lender will require you to purchase flood insurance if you live in an area that is deemed to be at high-risk for flooding. The Flood Disaster Protection Act of 1973 determines the amount of flood instance coverage required. If your property is located in an area that is considered moderate-to-low risk, a lender may still require you to purchase flood insurance, though federal law does not require it. Be aware that the FEMA flood maps are frequently revised and your property may move to a different risk category. If your home is moved to a higher risk area on the flood insurance rate map, your lender will contact you with instructions regarding the purchase of flood insurance. Whether or not you are required to purchase insurance, it is still something everyone should consider. The fact is that there’s a 1 in 4 overall chance of your home being somehow affected by flood conditions during the next 30 years, regardless of it’s area.

How To Get Insured

Most homeowners opt to purchase flood insurance from their broker or insurance agent through the National Flood Insurance Program (NFIP). This program is managed by the Federal Emergency Management Agency (FEMA). Flood insurance purchased through the NFIP provides a maximum coverage of $250,000 for property and $100,000 for contents. Any homeowner that desires additional coverage can purchase extra flood insurance from a private insurer. According to figures released by the NFIP, the average flood insurance policy costs less that $570 per year and increasing rapidly. Of course, this amount can be even higher in regions prone to flooding, such as Florida and Louisiana. When you look at the emotional and financial devastation that can result from flooding, this is a small sum to pay for the peace of mind you get from knowing your home and belongings are protected in the event of a flood.

Due to the significant financial impact of Hurricane Katrina and Superstorm Sandy, the NFIP was placed under tremendous financial strain. They were unable to pay all the claims that resulted from flood damage without borrowing additional money from the Department of Treasury. To recover from this hardship, homeowners in high-risk areas were hit with steep increases in their insurance premiums. While the amount varied from one home to another, some owners reported increases of up to $20,000 a year, leaving them financially drained.

On March 21, 2014, President Obama signed a law that placed a cap on the increase in premiums at 18% in a one year period. Additionally, it allows for grandfathering and transferability. This means that if you sell your home, the new owner can get the same policy you had. This bill takes a huge step in making certain flood insurance is affordable.