After much concern about the direction of flood insurance rates and their impact on the real estate market, President Obama signed the Homeowner Flood Insurance Affordability Act into law on March 21st 2014. This law added amendments to the 2012 Biggert Waters Law. 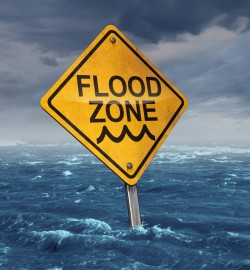 This law marks a big change over earlier versions of the Biggert-Waters Flood Insurance Reform Act of 2012. Previous plans would have stopped any potential increases while FEMA did an assessment of the affordability. Instead the bill has returned federal flood insurance rates to pre-2012 levels, and also stopped increases in the future. There is a small assessment, which has been added to all National Flood Insurance Program policies, that’s designed to make up lost revenue. This will end when owners are paying the full cost of FEMA flood insurance.  Specific amendments to the law are as follows:

The bill does go further, and provides refunds, and makes more permanent changes to the law. But if gives FEMA 8-16 months to make these changes themselves through regulation. In most cases, owners will not see any change to the their insurance renewal prices & quotes straight away.  Here’s a more thorough rundown of other changes in the new law:

The passage of this law is great news for the U.S. housing market.  Millions of homeowners who were facing devastating premium increases by Biggert-Waters have gotten a temporary reprieve.  Rates still could see significant increases over time, however, with allowed annual increases of 18-25%.