Only half of Americans believe that today is a good time to purchase a house, according to a poll of approximately 1,000 individuals released last Friday from Gallup. That signifies the largest share of people to have a negative outlook on the nation’s housing market since that poll began.

One year ago, 61 percent believed it was a fantastic time to purchase, with 36 percent said they didn’t think so. Prior to that, the lowest housing polling on record was in 2006 when 52 percent of Americans had favorable housing views prior to the subprime mortgage crash. Furthermore, just 40 percent now believe home value in their area will go up this year or next, off from 62 percent a year ago.  Even with the negative trend, several economists remain optimistic that home values will continue to grow, despite the economic headwinds brought on by the virus. 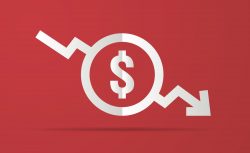 According to the latest information available, Covid-19 is also impeding the housing market in numerous manners such as decreased traffic by potential buyers, delays for home inspections and appraisals, etc. And despite most areas allowing residential building to continue, new home starts dropped 22.3 percent in March. That’s the biggest drop since 1984, and they are projected to keep on falling over the next few months.  Data also shows that approximately 90 percent of new home construction starts have occurred in the states that viewed the housing and industry as an essential sector, as well as 80 percent of multi-unit construction nationwide.

Anxieties that many tenants and homeowners could quit making payments appear to be an overreaction so far. Most apartment tenants have paid on time, with just 6 percent of current missing their April lease payment. The stimulus payments that people began getting in April ought to keep payment amounts high in throughout May as well, for both renters and homeowners with mortgages. Lenders sometimes extend favorable terms to borrowers with strong payment histories in sudden economic downturns like this one.