While there are many recent studies that now indicate it’s much more affordable to buy a home than rent a home, there’s a few ongoing factors that keep a large percentage of American locked out of homeownership: tight financial regulations, lack of homes for sale, stagnant employment prospects and a desire to remain mobile. 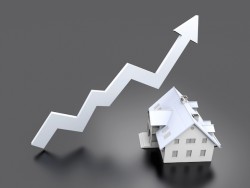 Rental housing and new home prices are driven by supply and demand and neither market has seen a sufficient pace of supply since 2010.  When home and apartment rental prices rose nationwide by 4% in 2014 that many analysts thought it was unsustainable.  Rental prices have risen by another 5% in 2015.  Will these extreme rental increases slow down?  No time soon, experts predict.

In 2015, apartment building has been 35% of new housing starts, the highest share since 1973. The vast majority of new supply is being built in urban centers like Houston, Nashville, Dallas, NY, LA and areas of Florida because these pricier markets provide builders with greater profits.  And with apartment occupancy rates greater than 95% nationally, the profits are huge.

As more builders focusing on multi-unit apartment complexes and less single-family homes, supply of new houses becomes limited causing prices to increase.  This only exasperates the self-perputrating cycle by pricing out more potential home buyers, forcing them to rent, increasing demand and on and on.

Round after round of financial regulations have also been imposed on mortgage borrowers since 2008, rendering a substantial percentage of potential buyers ineligible for financing.  They have no options except to rent.  Also, people without jobs can’t buy homes.  In fact, new loan guidelines prohibit anyone from getting a mortgage for two years after getting hired. When that harsh fact is coupled with the lowest American labor force participation rate in 38 years, another big percentage of would-be home buyers becomes stuck with no option except renting for a few years, or maybe living in their parents basements.