Loan Classroom / What it Means to be "House Poor"

What it Means to be “House Poor”

One of the phrases that you might have heard at one point is “house poor.” This term can seem like a contradiction in some cases, since it’s hard to envision some people actually being poor, based on the homes that they have.

However, being “house poor” is a real concern for many people — and it’s a reality that can trip you up when you own a home.

An Overview of Being House Poor 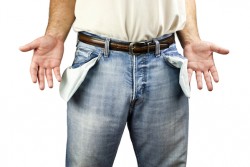 Basically, you are house poor when your home expenses take so much of your income that you have very little disposable income left over, after your other bills are taken care of as well. In many cases, if your house mortgage payment accounts for more than 35 percent of your monthly income, there’s a good chance you will end up house poor.

It’s not just the mortgage cost, of course. You have utility expenses, as well as maintenance and repair costs. This can push up the cost of your housing, even if your taxes and insurance are included in your monthly mortgage payment. Then, even after all of your housing expenses are paid, you still have other bills to take care of.

When you are house poor, you end up living paycheck to paycheck, and often your disposable income disappears. Your home may look impressive, but the reality is that it is taking up enough of your income that you don’t have the resources to do other things that you might want to do.

Being House Poor Puts You On the Financial Edge 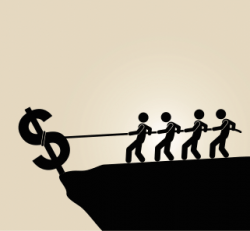 Just because a mortgage lender is willing to let you borrow the money, it doesn’t mean it’s a good idea. In fact, being house poor can put you on the financial edge. If your home is barely affordable, then you probably aren’t able to save up for emergencies. That means that one financial setback can mean serious trouble for your money situation.

In fact, when a large portion of your paycheck goes toward your home, you end up living on the edge, ready to tip over at the slightest push. So, not only do you have to give up things like vacations and entertainment, but you might also feel the stress of being at risk of financial collapse all the time. And, of course, if that happens, there is a very real chance that you could lose your home anyway.

Rather than borrowing all that someone will let you borrow, consider a smaller, less expensive house. When my husband and I were shopping for homes seven years ago, we were approved for an amount that was twice what we ended up paying. We could have bought a larger, more impressive home in our town’s upscale neighborhood, but we looked at the way our budget would have been confined because of the home’s cost.

Instead, we opted for a modest home that fit our needs, but doesn’t cost nearly as much. The result was that we could comfortably make payments and care for our home. Not only that, but we have been able to take trips, and we don’t have to worry when we want to go out to a movie or to a nice restaurant.

Consider your lifestyle goals and desires. If all you want to do is be able to impress others, getting a large home and being house poor might not bother you, since you will have the trappings of success. However, if you are more concerned about financial freedom, it makes sense to go with a smaller home that won’t leave you wondering where all the money went at the end of the month.