Loan Classroom / When Does It Make Sense to Pay Off Your Mortgage Early?

When Does It Make Sense to Pay Off Your Mortgage Early?

The goal of being debt free is one that holds the promise of financial freedom for many consumers. For many, this also includes getting rid of mortgage debt as early as possible. But does it always make sense to pay off your mortgage early? 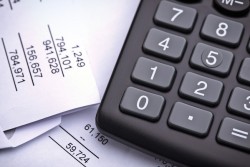 First of all, it makes sense to consider what you could do with the money you use to pay off your mortgage early. In many cases, a mortgage comes with a low interest rate. If you are paying a low rate of 3.75% on your mortgage, paying it off early is similar to getting a 3.75% annualized return on an investment. (If you itemize on your taxes, your return would actually be lower, due to the tax deduction related to your mortgage interest payments.)

But what if you did something else with that money? If you are putting an extra $400 per month toward paying off your mortgage early, that’s money that you could be investing in assets with higher potential returns. It’s not out of the realm of possibility that you could see annualized returns of 8% when you invest in stocks. That’s a result that can beat the “return” from paying off your mortgage early fairly handily.

For some investors, it makes more sense to keep the mortgage until the end of the term than it does to try to pay it off early. Run the numbers yourself to see what might make sense for your situation.

Of course, money isn’t just about the numbers. We like to think that we can take the emotion out of finances, but there numerous psychological factors that come into play, especially when it comes to debt. Even “good” debt like a mortgage triggers strong emotions. 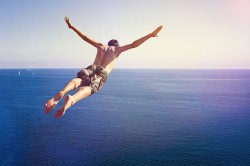 These are considerations with your debt as well. While you can have the potential for a better return if you invest your money rather than use it to pay off a mortgage early, the reality is that you can’t be sure that things will work out. With the mortgage pay down, the return is assured. The risk isn’t there.

Additionally, many people don’t like the idea of having an obligation hanging over them. Paying off the mortgage debt allows them to feel free of these obligations, and not have to worry about it at all. Sometimes that matters more than just the numbers involved. If you are interested in being completely debt free, paying off the mortgage is an important part of that freedom, especially if you worry about what would happen if you lost your job or had another catastrophe. Having your mortgage paid off would provide peace of mind, since you wouldn’t have to worry about missing payments.

Choosing to Pay Off Your Mortgage Early 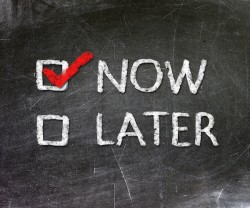 For most of us, it really isn’t necessary to pay off a mortgage early. The money can usually be put to better use, providing a better return down the road with investments. However, if you have a relatively high mortgage rate, and if you don’t itemize your deductions on your tax return, the financial advantages of doing something else with your money might not materialize. Carefully weigh the financial benefits of paying off your mortgage early to ensure that it’s worth the trouble.

You should also pay off your loan early if having the debt will cause you anxiety. The feeling of being debt free when you do get your mortgage paid off early can be a great thing for you and your family. Even if the numbers favor keeping the loan until the end of the term, the stress involved with having the debt might not worth it.