Approaching election season, it’s common for public figures to grandstand about strong economic recovery and flout how Americans are better off under present leadership. It’s fair to say that most Americans today feel like the recovery is passing them by, however, and they’re right in most cases. In this economy, Wall Street and America’s wealthiest citizens have reaped massive gains from the “cheap money” policies of the Federal Reserve. The unemployment rate has also dropped significantly, which should be a good thing under most circumstances. Not this time. This economic recovery is different to any other we’ve seen in the past.

Today’s recovery is “asymmetric”, which means certain aspects like stock market valuations and “unemployment rate” calculations appear healthy while other vital aspects like labor force participation and housing are doing awful.  Today’s public figures who are speaking in half economic truths aren’t doing any favors for average Americans.

Making matters worse for the middle class is that the economic metrics faring the worst are the ones that affect them the most, and that’s especially true with housing. The housing market has always been a good indicator of a healthy middle class, and it’s been telling a horror story than some people don’t want to talk about. Here are 4 unsightly indicators that can’t be overlooked.

Owning a home has personified the “American Dream” for over 50 years. Unfortunately, that dream has been displaced if not lost for millions of families across the U.S. since 2008.

The outlook for U.S. home buyers is so weak that the Census Bureau just announced homeownership rates have fallen to the levels not seen since 1995. As of 2012, over 43 million American households have chosen to rent rather than own and that number continues to climb. Should negative momentum continue to drag it down, homeownership could easily collapse to new 50 year lows within 12 months. 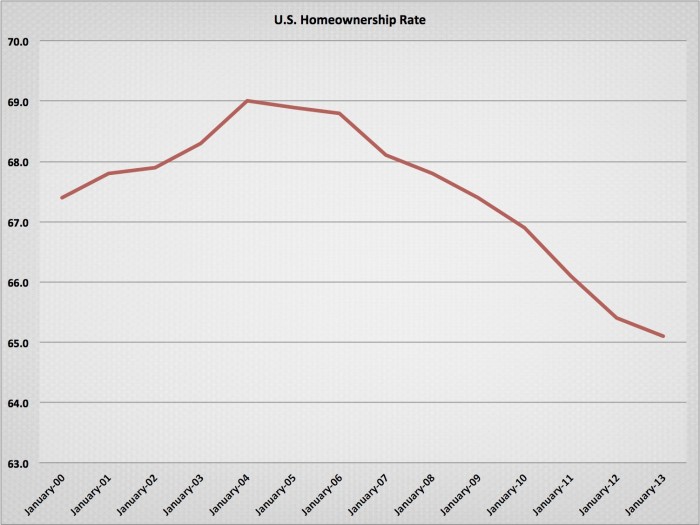 According to the National Association of Realtors, the First-Time Home Buyer has been a solid pillar of a healthy housing market for decades, accounting for 40% of home purchases historically. As recently as 2010 that figure was as high as 50%.

In an epic flop, first-time buyer market share has dropped 17% in four years (including 5% last year) to the lowest level in 27 years. This is extremely problematic for housing because first-time buyers are much more likely to buy again later. Reversing this trend involves many economic and regulatory factors including wage growth, mortgage rules, work force conditions and consumer confidence. 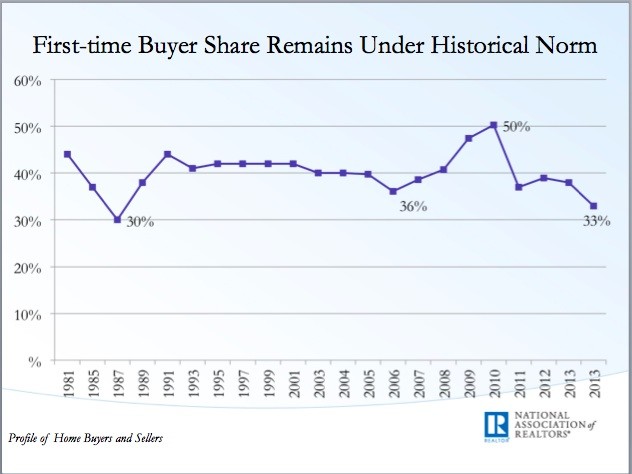 By any standard, mortgage applications have been in a rut. On the purchase side, millions of American’s aren’t comfortable with the perceived risks of homeownership and millions more that are can’t get approved for a mortgage if they wanted to. 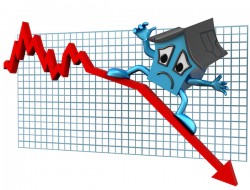 On the refinance side, applications dry up to a trickle every time interest rates tick higher and after spending several years near the lowest levels ever, almost everyone that was going to refinance has already done so.

The mortgage application slump became record breaking last month (5 years after the last recession ended) when America saw the lowest number of mortgage applications in over 14 years, according to the Mortgage Bankers Association. This downward trend has wreaked havoc on the mortgage industry, which laid off over 31,000 last year and thousands more this year.

4. The Labor Force Participation Rate is at a 36 Year Low

Traditionally, a falling unemployment rate has been a good indicator of economic recovery. Because this recovery is much slower and more protracted than anything ever seen, however, a stagnant economic anomaly has arisen that’s undermining the very legitimacy of the unemployment calculation as public trust erodes. Here’s why.

Today’s official unemployment formula removes a person from the equation when one of two things occur: 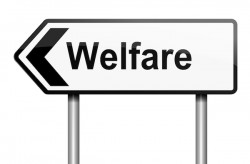 This calculation is important to contemplate because Americans that give up on their job searches, rather than get hired, can actually cause the unemployment rate to go down.  That gives the appearance of a positive trend when it’s actually negative.

Making matters worse, the Department of Health and Human Services just released a report showing a record number of Americans on welfare (see page I-4). Obviously more American’s out of work and living off the government and is bad for housing, but you wouldn’t know it by looking at the current unemployment rate or listening to those who are touting it.

For an accurate picture of America’s current unemployment situation, the Labor Force Particiaption Rate is becoming the go-to indicator and it doesn’t look good. 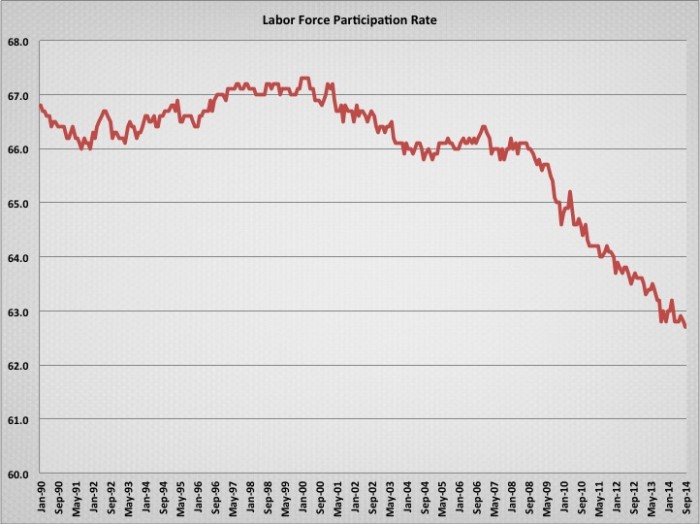 These facts paint a grim picture for housing but it doesn’t have to stay that way forever. Overly tight lending rules are starting to ease and the right leadership will eventually emerge with the experience to recognize and fix these problems. Once Americans choose recovery, it shouldn’t take too long to see a larger economic recovery and explosive housing growth rates of the past.  After all, we are long overdue.