Mortgage Applications Rise From The Dead

Refinance activity also increased a whopping 11 percent from the week before. The increases were attributed to a significant influx of mortgage bond purchases due to weak economic growth in Europe, and a move toward higher quality assets in the United States.  Refinances comprised 59 percent of all total mortgage applications which were at 56 percent a week earlier. Of all total applications, adjustable rate mortgages showed an eight percent increase.  Overall, weak global economic growth significantly contributed to the drop as rates fell to their lowest levels since June of 2013. 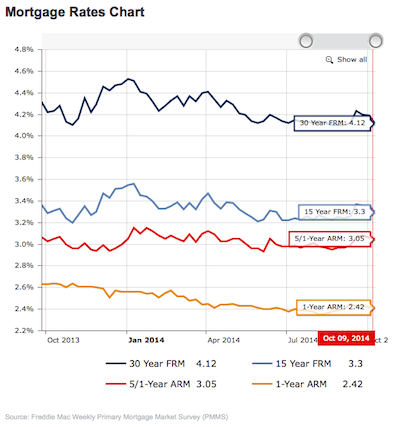 The Mortgage Bankers Association (MBA) represents the real estate finance industry from every community in the United States. The number of weekly mortgage applications is monitored by the Market Composite Index.  The market composite index measures over 50 percent of all retail residential mortgage applications in the United States, and has been conducted since 1990. The institutions that respond to surveys that are used to compile the index primarily consist of commercial banks, mortgage bankers and thrifts.