Refinance Loans / Why You Should Consider Refinancing Before it's Too Late

Why You Should Consider Refinancing Before it’s Too Late

Overall, the process (because it was a streamlined HARP refinance) was relatively painless. And, when I saw that I was saving about $300 per month and saw how much I would save in interest over the course of the loan, I wished I had taken the plunge earlier. I could have had an additional three years of savings.

If you have a mortgage guaranteed by Fannie Mae or Freddie Mac, and if it was sold to Fannie or Freddie prior to May 31, 2009, you might be eligible for a HARP refinance. This is a refinance designed for homeowners who are in good standing with their accounts, but might be unable to refinance because their home values dropped and their loan-to-value ratios are now too high. 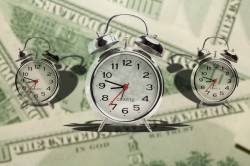 A HARP refinance works well for those who want to take advantage of lower interest rates, but whose lenders are reluctant to refinance a home with a loan-to-value ratio of more than 80%. With HARP, you can refinance with a ratio of up to 125%. Additionally, the HARP refinance can be “streamlined,” leaving out the requirement for an appraisal. This speeds up the process.

When I refinanced, HARP was set to expire at the end of 2013. However, the program has been extended through December 31, 2015. If you don’t refinance by then, you might lose your chance. If you are in good standing, but you haven’t been able to take advantage of the latest rates, a HARP refinance might be an option.

There are a lot of factors that go into determining mortgage rates, and one thing is clear: they all point to rising rates. I was able to refinance to a 3.87% rate more than 18 months ago. However, the average 30-year mortgage rate has since risen to 4.1%. While that’s not a big change, it does underscore the fact that low rates won’t be around forever. 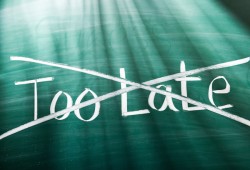 Indeed, as the economy improves and housing sales pick up, mortgage rates are expected to rise. This means that if you don’t refinance now, you could miss out on a great deal. In fact, if I hadn’t dithered so long about refinancing, I could have had a rate of 3.35%.

While there is an argument for waiting to see how low things can go during a time of economic difficulty, the truth is that many of the measures we associate with the economy are showing improvement, and that means rates are likely to keep rising for a little while.

Don’t Miss Out on the Savings

A refinance can not only save you tens of thousands of dollars in interest over the term of the loan, but it can also mean money in the bank right now. When you refinance to a lower rate, your monthly payment drops, which means that you see an improvement in cash flow. The $300 I save each month on my mortgage payment amounts to $10,800 when you multiply it by the 36 months I spent battling indecision. When you consider that I could have invested that money, the opportunity cost is even greater.

At the end of the day, delaying a refinance when it’s right for your situation can be a costly mistake in the short-term and in the long-term. If you have been thinking about refinancing, run the numbers, and make sure you make your move before it’s too late.