Loan Classroom / What is a Zombie Foreclosure?

What is a Zombie Foreclosure?

When a homeowner receives a notice of foreclosure, it’s not unusual to pack up and move out as quickly as possible. That hasty decision may not be wise however, because many unforeseen complications can occur between the time a borrower leaves a home and the time the lender takes formal ownership. The issues that arise during this period of foreclosure purgatory can lead to a “Zombie Foreclosure”, leaving both lender and borrower in a very bad spot. 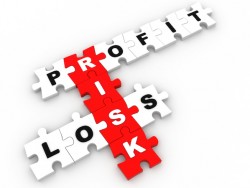 Lenders can decide to stop foreclosure for several reasons. They may think the proceedings aren’t worth the cost or they might have too much inventory on hand. Sometimes they simply don’t want the home due to economic reasons. This sporadic failure to follow through on foreclosures means that it makes sense for borrowers to remain calm and stay put for a while until more details are known.

In recent years, many foreclosures directly involved “Robo-Signing“. Robo-Signing was a practice used by banks to expedite foreclosure affidavits without having to have an employee confirm the validity of the facts of in the affidavit. In these cases, the foreclosure proceedings could not legally continue and the entire proceedings were dismissed. The title of these homes remained with the absent homeowners, even though many of them are still unaware of the dismissal. This is known as a Zombie Foreclosure.

How Do Zombie Foreclosures Occur? 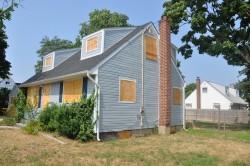 These scenarios occur when the foreclosure process is cancelled and the title remains in the original owners name. This can happen to any home in any location, although it’s more likely to happen to homes in low-income areas. Properties in low-incomes areas often fail to motivate lenders to spend the money and effort necessary to maintain them during a foreclosure.  As such, lenders may also not want to be bothered with property taxes either. And if squatters occupy the property, it’s adds more issues lenders may not want to deal with. What’s left after proceedings are cancelled or dismissed under these circumstances is a distressed property that may not be wanted by anyone.

Unfortunately, lenders do not have to notify homeowners when foreclosure proceedings are dismissed. That leaves many homeowners unaware that they still retain the titles to their property, or that they remain fully responsible for it’s upkeep and taxes. That’s when homeowners could run into problems. 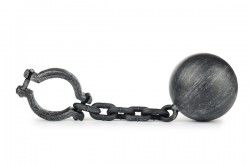 Taxes are still owed on the property and the responsibility to pay them falls on the property owner. Failure to pay the taxes can result in the debt being sent to collections, having a negative impact the borrowers credit report even if they are unaware of them. The homeowner may also be responsible for homeowner association (HOA) fees, even if they no longer live in the home.

Maintaining the property is also the responsibility of the homeowner until the foreclosure is complete. While serious maintenance issues aren’t usually anticipated when a borrower moves out, they are ultimately held responsible if the home falls into disrepair. Sometimes local municipalities are forced to take on the maintenance duties, which homeowners could receive a large bill for too. Any problems with the property that become housing code violations may also fall upon the owner to address, possibly leading to fines and even jail time.

As you can see, Zombie Foreclosures can cause significant problems for property owners but they’re also preventable. It’s often in the borrowers best interests to stay in the home for as long as possible and wait for an official notice of eviction, even if they’re receiving threatening notices from the lender.  It is also important that property owners make sure that the title was transferred after they leave. These simple actions offer no consolation when enduring the foreclosure process, but they can prevent major problems that arise from zombie foreclosures or even allow borrowers to keep their home if they’re lucky enough for proceedings to be dismissed.